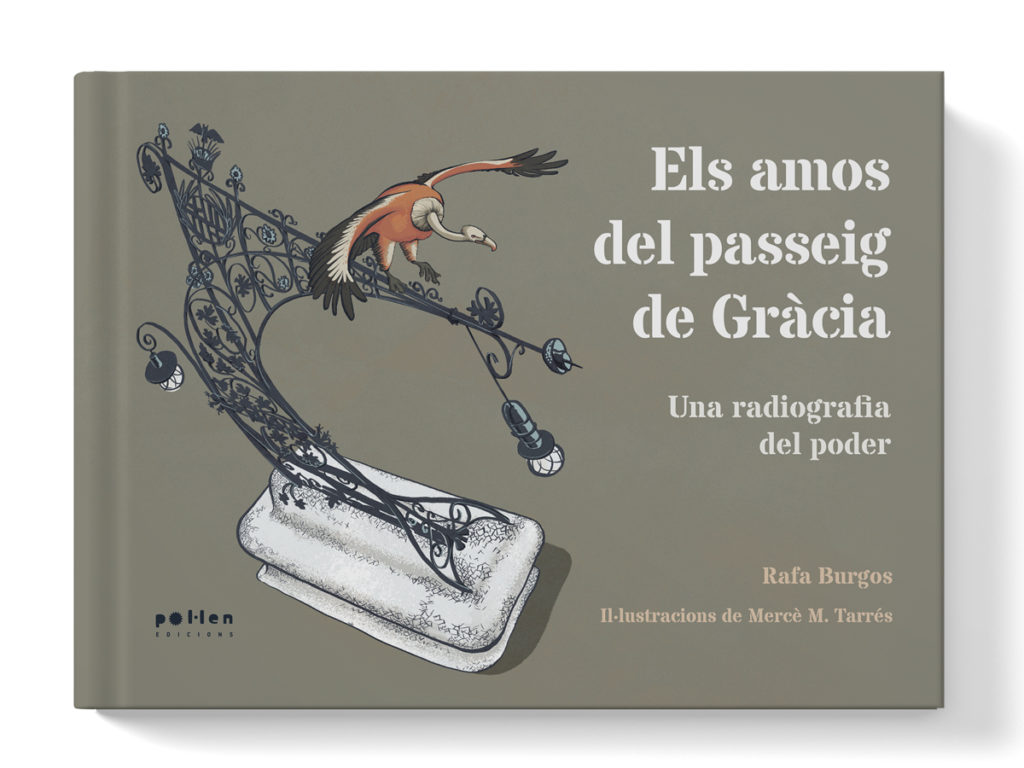 Design of the book of investigative journalism by Rafa Burgos

Els amos del Passeig de Gràcia. Una radiografía del poder, by Rafa Burgos, is the analysis of an artery that is synonymous with status, economic and political power. An idea by Rafa Burgos with illustrations by Mercè M. Tarrés and prologue by Roger Vinton. An exhaustive work of investigative journalism that intersects three disciplines: journalism, art and history.

For the editorial design, the exhaustive data provided by Rafa Burgos was combined with the casual style of Mercè’s illustrations in a clear editorial layout that also works with maps and infographics on many of its pages. The style was maintained in the graphic for social networks and the funding campaign for verkami. The image of the rewards that the patrons received from the book, the posters of the illustrations that appear in the book, also follow a line consistent with the intention of the project.